This week we have two more heroines facing the world today… 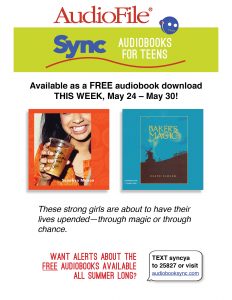 Now that Dimple Shah has graduated, she’s ready for a break from her family – especially from Mamma’s inexplicable obsession with her finding the Ideal Indian Husband. Ugh. But Dimple knows that her mother must respect that she isn’t interested in doing that right now – otherwise she wouldn’t have paid for her to attend a summer program for aspiring web developers, right? You’ll have to get this one to find out what happens!

By Diana Zahler (middle school story-teller). She tells us a delightful tale about, Bee, a young orphan, who finds herself terribly hungry and so steals a bun from the local bakery. This desperate act sets off a series of events that takes the twelve-year-old on an incredible adventure that begins with her being hired by the baker and discovering that whatever she bakes reflects her current mood. Bees unusual talent comes in handy as she helps her new friend Princess Anika escape the evil mage, meets up with pirates and finds a family. A magical, meaningful story and a most magnificent heroine will delight readers of all tastes!

Don’t delay, get your audio books today! And be taken on a delightful journey.
They expire soon so go to Audio Sync for Teens reading offers. You won’t be disappointed!

Get the book version of When Dimple met Rishi – HERE:

and Baker’s Magic – from HERE: 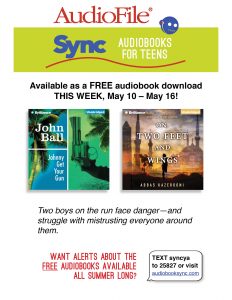